The Need to Include Workers' Rights in the Sustainability Conversation

Sometimes the conversation surrounding sustainability loses sight of upholding working environments for the people behind the clothes. True sustainability accounts for the people factor as well as the environmental factor. While fashion moves towards a slower or more circular economy, the demand for production is volatile, which greatly affects the communities at the factory level. Bettering the process also calls for bettering workplace conditions for garment workers. The 2022 Fashion Transparency Index found that “96% of major brands and retailers do not publish the number of workers in their supply chains paid a living wage.” They also do not disclose whether or not they isolate labour costs in their pricing. Whether obfuscation is intentional or not, the lack of supply chain knowledge that exists in other facets of the fashion industry exists in garment worker pay and rights as well. The stakes are high, especially since fashion retailers employ thousands of people from what is often referred to as emerging or developing markets like Bangladesh, India, China, Pakistan, and Indonesia.

The Need for Workers’ Rights in Fashion

The need to address workers’ rights is pressing as this year alone; there were violations and abuses that cannot be ignored. This year the Business & Human Rights Resource Centre reported worsening workplace conditions in Indian garment factories due to pandemic pressures on suppliers and workers. The behaviours of suppliers, producers, and consumers all impact the treatment and rights of garment workers.

A Case Study for How Workers' Rights Breakdown: Gender-Based Violence in India

Most garment workers across the globe are women; that is to say, they make up about 80 per cent of the workforce. Gender-based violence and violations are very common, as seen in the Business & Human Rights Resource Centre report on India, which revealed a rise in fear and abuse among women garment workers since the beginning of the pandemic. There have been several cases of female garment workers found dead, allegedly killed by supervisors after periods of sexual harassment and intimidation. Senior researcher and interim head of labour rights at Business & Human Rights Resource Center, Alysha Khambay, said that workplace exploitation is linked directly to brands’ purchasing practices. Brand behaviour often determines supplier behaviour because of the small operating margins.

Even when the dignity of the worker is centerstage, there may be different ways of addressing workers’ rights. Largely in response to rising concerns on an international level for workers’ rights, governmental entities take a primary role in addressing working standards. However, brands and businesses themselves also implement changes or release statements independent of government actions. Often times brands will provide more information on their supply chain than is required or will take action into their own hands.

Here are some examples in the world of today of legislation or governmental action working in tandem with the fashion industry. They can impact how a business or brand operates or simply solidify into law how businesses are operating. Often times the laws or changes in other countries can lead how other countries write their laws or how brands choose to conduct themselves in different parts of the world.

-  America’s Fabric Act: In May of 2022, there was a bill introduced in the United States of America that would change how the entire country interacts with the fashion industry. It would eliminate piece-rate pay, it would hold brands accountable for wages in the supply chain and encourage reshoring manufacturing.

- In response to Xinjiang’s forced cotton labour: The US ban on all cotton produced in the Chinese region of Xinjiang reverberates down the supply chain, impacting how other countries and businesses operate.

Brands have a lot of say behind how clothing gets made. Whether it's signing onto a legally binding statement with other brands or changing the way a brand operates, there are endless examples of how brands are taking action.

- Pakistan Accords: On the 14th of December, 2022, the Pakistan Accords were announced. Brands producing garments and textiles in Pakistan can sign the Accord starting on the 16th of January, 2023. It is a legally binding commitment from brands to ensure worker safety in garment factories that had previously not expanded beyond Bangladesh. This is a voluntary commitment from brands to hold themselves liable for safety violations in their supply chains, which remains rare in the fashion industry.

- Legally-binding agreement: This year, H&M signed a legally binding agreement to end sexual violence and harassment against female workers at one of its key suppliers in India. This is the first of its kind in Asia. The agreement includes training for workers and staff on gender-based violence as well as an independent grievance system.

Denim Privé is a business-to-business company taking strides to improve the lives of workers by upholding universal working condition standards and going above and beyond in a key metric of worker rights: pay. Denim Privé pays over the living wage, as per standards campaigned successfully by the Fashion Revolution. Living wage refers to the income level required to sustain a decent standard of living based on family size and location.

Denim Privé also goes directly to its garment workers to see how they think the community can be helped. Going straight to the workers themselves is often how change can start at home. Sana, one of Denim Privé’s quality checkers, said the garment industry could be improved by computer course certificates and English classes because so many of the brands she interacts with speak English. Businesses and brands can look to what the workers need by talking to them directly and then enacting change across the board.

100 per cent of Denim Privé employees are located in Pakistan, with the exception of a few sales agents and designers. Benefits are provided, such as free transport, social security, pension payments, and subsidised food at the cafeteria for full-time employees. Even during a 33-working day shutdown during COVID-19, labourers received compensation.

In response to the needs of the Denim Privé community, there is a focus on education. The Lifelong Learning Initiative is a program specifically designed for our female garment workers who have not had the opportunity to pursue education. The program teaches fundamental skills that will help them advance in their careers and personal lives, specifically focusing on literacy, mathematics, and language (English and Urdu). Lifelong Learning kicked off in October and engaged 20 participants through 90-minute classes 5 days per week.

The aim at Denim Privé, as in a lot of brands, is to continue to grow existing and new programs into areas that will improve workers’ rights and livelihoods. 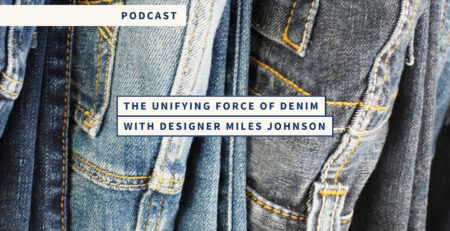 Episode 5: The Unifying Force of Denim with Designer Miles Johnson

Sustainability is calling on the fashion world to change. If you find... read more 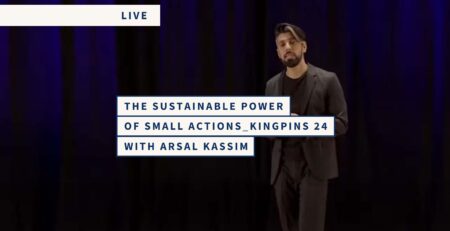 The Sustainable Power Of Small Actions Kingpins 24 With Arsal Kassim 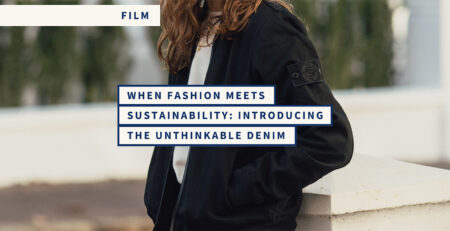 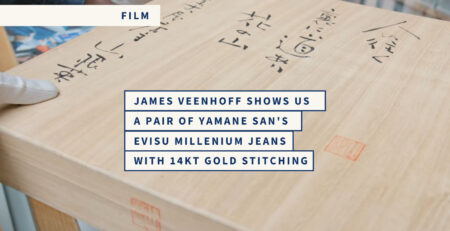 House of Denim connects and inspires the denim community around the world.... read more

The Forgotten Origins of Indigo with Lisa Reddings of Indigowares

In this episode we chat with Lisa, founder and owner of Indigowares,... read more